In 24 hours, the last episode of the X-Files revival will air. It seems like just yesterday I was waiting for the NFC championship game to hurry up and end so that all my childhood dreams could come true. 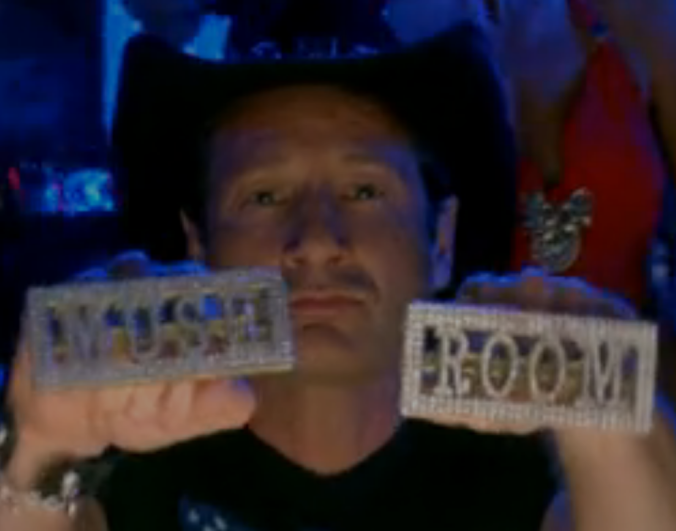 From “OMG they went back to the original credits!!” to “OMG why is Mulder on placebo mushrooms?”

Speaking of high, given the ratings, Fox has expressed interest in continuing this miracle into another season. Whether that happens or not depends on the busy schedules of the talented actors, but regardless it confirms that the Monday night episode will not do what I had rather hoped it would do — answer all the questions and wrap it up.

Just remember last year, learning that X-Files was going to come back. The last thing you’d seen of it was an underwhelming movie designed to appeal to everyone (and therefore no one). These six new episodes were a chance to give the characters the closure that they’d never had. Instead, I fear tomorrow will stack even more questions on top of our already teetering mytharc like a pile of bodies used to escape a cave.

I feel like I’m standing behind Chris Carter at a roulette table. He’s just won big, and I would really like to drag him over to the front to cash out. Instead, he takes all the chips and puts them on red.

Regardless, here is my list of three demands for the final episode of season 10. In the interest of realism, I’ve also included a list of what the closest compromises will likely be.

As a good fan, I guess I should want the show to go out with a bang and resolve all the things. As a needy fan, I say we drag this thing out one more season.

Demand #1: Mulder and Scully reconcile with a passionate kiss.

I buy the argument that Scully would leave Mulder. I do not buy that they went from unresolved sexual tension to old married couple with a kid, leaving all the satisfying resolution off-screen.

I’ll have you know I tried to rewrite that without using sexual analogies and failed.

This relationship was one of the great “will they or won’t they”s of television history, and Chris Carter decided that the answer to that question was, “They already did while you weren’t looking, so let’s build some more mytharc.” I demand this be rectified.

Likely compromise: CSM tells Mulder & Scully that they’re messing with powers they don’t understand. Mulder points a gun at him and slowly lowers it. CSM disappears into the night.

Bonus: CSM reveals that he was able to survive the missile strike to his face because of “determination.”

“The real alien vaccine is love.”

Cigarette Smoking Man is part of a cadre of cowardly villains who were willing to sacrifice all of mankind to alien slavery in order to save themselves. He allowed his wife to be abducted and tortured countless times. He killed JFK, for God’s sake.

I’m gonna need to see him do something really, truly effed up.

The only other thing worthy of bringing back William B. Davis would be for him to die a spectacular death… but despite the fact that he’s been killed off three times, you can’t kill off CSM in the season finale when another season is at stake. Instead, let’s have him nuke New York, or put alien virus in the water supply of Beijing. Food for thought.

Demand #3: Agents Miller and Einstein quit the Bureau or die.

Likely compromise: Agents Miller and Einstein get more screen time than viewers’ lack of emotional connection with them warrants. The only thing the casting call specified was hair color.

There are whispers of an X-Files spin-off featuring Miller and Einstein. Having seen their episode, I’ve come to believe that these whispers were only a ruse to get people watching, as no show could stand on a foundation of caricature and complete lack of chemistry. Just to be sure, though, in this last episode they should develop a sudden urge to move to North Carolina and start a goat farm. Or be thrown off a bridge.